Last of the Duty Free 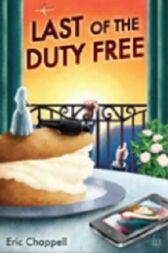 Thirty years after the disastrous antics in the original Duty Free, Eric Chappell has reunited the couples at the Hotel San Remo in Marbella once again in another hugely entertaining adventure!

When working class David and Amy met upper-middle class Robert and Linda whilst holidaying at the San Remo in Spain, their differences were immediately apparent

But, opposites were proven to attract, and a most unlikely romance developed, with hilarious consequences

And Linda more romantic than ever!

With love in the Mediterranean air, holidaymakers watch on in disbelief as deceptions, misunderstandings and preposterous situations unfold

And the love struck protagonists try every trick in the book to keep their amorous intentions a secret!