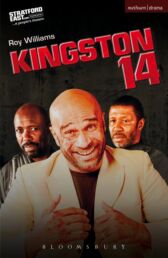 Set in modern-day Jamaica, Kingston 14 follows the story of James, a black British police officer, who is sent to Kingston to investigate the murder of an English tourist in a local hotel.

Tied to Jamaica by his father who was born there, James struggles to lead a proper investigation when gang leader, Joker, is brought into custody