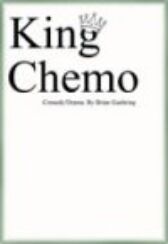 Melissa is a mature 10-year-old girl who also is a chemotherapy patient. She very meticulously takes all medicines, studies all the available information, and follows all of the doctor's advice

When Kevin and Melissa meet, Kevin tries to convince Melissa that the doctors are the evil "Powers That Be"

Melissa is skeptical, but Kevin encourages her to use her imagination and join him on his quest to discover who is behind the plot

In a series of adventures: Kevin's imagination first transforms a pharmacy into the evil laboratory of Dr. StrangeGlove; Kevin believes that the "strange language" of medical terms the doctor and nurse use prove they are aliens; Kevin and Melissa explore a distant planet where the aliens are using children as guinea pigs for testing cosmetics; they imagine the nurse and doctor as vampires planning to suck all their blood. When Melissa tries to convince him that the doctors want to help, Kevin refuses to listen

But Kevin has discovered that his cancer has come back

Melissa persuades the doctor and nurse to join Kevin's fantasy and convince Kevin that they are secret agents fighting for him, not against him

By the end of the play, Kevin allows the doctors to help him in his fight against his true enemy - the cancer