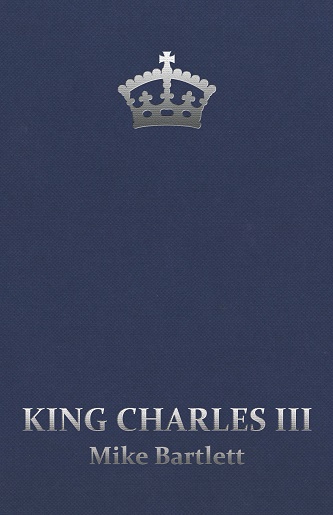 Mike Bartlett's controversial 'future history play' explores the people beneath the crowns, the unwritten rules of our democracy, and the conscience of Britain's most famous family

After a lifetime of waiting, her son ascends the throne

A future of power

But how to rule?

Drawing on the style and structure of a Shakespearean history play, King Charles III opened at London's Almeida Theatre before transferring to the West End.

"Bold, brilliant and unstoppably entertaining ... all the intrigue and forward momentum of a real history play. The grandeur too ... King Charles III makes us care, makes us laugh, and no doubt will make us argue too. Theatre doesn't get much better than this" ~ The Times

"A meaty, hilarious, dizzyingly audacious state of the nation political thriller ... elevates the tawdriness of the Royal soap opera into something sublime and serious ... a thrilling working through of ideas about modern Britain" ~ Timeout

This SPECIAL DELUXE HARDBACK EDITION includes a Foreword by the journalist and broadcaster Jon Snow, an Afterword by the playwright, and an Essay about the original production