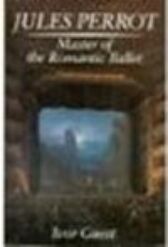 Master of the Romantic Ballet

Perrot was, by any measure, the most brilliant and influential choreographer of his age, that of the romantic ballet

Based on exhaustive research in theatrical archives and neswpaper files of the cities where he worked, and supported by an unrivaled knowledge of the period, Ivor Guest has written a detailed and vivid study of a man who, best known for his narrative ballets such as Giselle and Esmeralda,became a model for later generations of choreographers