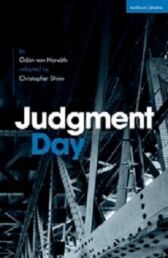 As the community come together to grieve, they succumb to a mob mentality that threatens to ostracize anyone who challenges the collective definition of morality and truth

Mr Shinn sees and hears people as they are, and his greatest strength is his ability to reproduce onstage the clumsy poetry of natural human interaction. That skill is rarer than you might think ~ New York Times