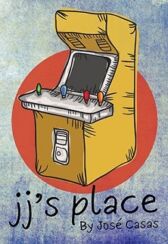 Mario is a hardworking, struggling auto mechanic in East LA who is left to raise his son, JJ, after the passing of his mother

In order to honor her memory, cope with his lack of connection with his father, and fulfill an ulterior motive, JJ begins to build machines and arcade games out of leftover cardboard from his dad’s handyman shop

All the while, he is talking to his mother via his dreams, holding onto her memory as tightly as he can

It is through JJ’s imagination and ingenuity that he is able to connect to himself, his family, and his community

In the end, father and son come to an understanding as they look toward a brighter future together