Jane Wenham - The Witch of Walkern 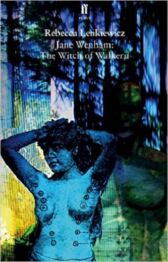 A gripping and haunting play about sex, fear, religion and magic

England has been free from witch-hunts for decades

Inspired by events in a Hertfordshire village, the play explores sex and society's hunger to find and create witches

"Walkern is not a happy place

Under its quiet exterior, fear and resentments and illicit passions bubble, and although some say that the hanging of Eleanor Thorn for witchcraft will cure the rot, the new parson, Samuel Crane believes that there are witches everywhere much to the consternation of the Bishop Hutchinson

The latter doesn't believe in witches, but he knows that he, like many men, has the devil in his britches

He abuses his power over his servant, Kemi Martha, former slave who, although she might be free in law, is still in thrall to the whims of Hutchinson

Kemi's insistence that the air is "too thin" in Walkern is echoed by the experience of the other women in the village ...

Eleanor's daughter, Ann is being driven mad by grief and her own and men's desires

And Jane Wenham draws attention to herself through her isolation

When a village child dies, accusations are made and the witch pricker called in

Lenkiewicz throws religion, fear, intolerance, prejudice and a headless chicken into the pot to create a heady brew" ~ The Guardian