Jack the Prince of Ireland 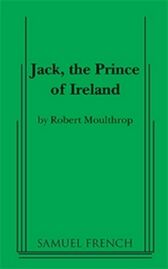 Is it true what they say about "The Luck of the Irish?"

Do leprechauns, rainbows with pots of gold and magical shamrocks really exist?

Well, why not join Jack, youngest son of the King of Ireland, on his quest to find out?

Jack was never thought to be brave or heroic, certainly not like his two older brothers who were very much favored by their father

When a Wise Old Man offers him a golden shamrock, he quickly learns that its magical powers bring him whatever he NEEDS

But it's only when this shamrock is suddenly lost, that he truly discovers what it is to be a hero!

Who else could throw the bad guys in the dungeon?

Or be on the lookout for a ferocious dragon?

Or tame a swarm of angry, buzzing bees?