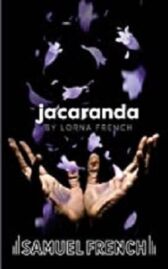 ‘Sometimes it feels so exposing just walking in the village. I told Jimmy to ignore it at first, he tried to, but it’s isolating he said, eyes on you, not a word spoken. Even when you meet their eyes they don’t look away. Like they have a right to, like you’re a spectacle, an object’

Olivia has recently moved into her great-uncle’s farmhouse

She’s not local, but she knows her way around

Matty is a gamekeeper, but he doesn’t often tell anyone