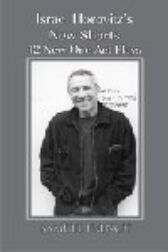 For example, nine of these plays formed the highly-successful off-Broadway show "Israel Horovitz's New Shorts" - The Bridal Dance, Affection In Time (The Prologue), The Fat Guy Gets The Girl, Beirut Rocks, The Audition Play, The Hotel Play, Cat-Lady, Inconsolable and The Race Play

Additionally, six of these plays were joined to create an evening called "6 Hotels" - Fiddleheads and Lovers, Speaking of Tushy, Beirut Rocks, (intermission), The Audition Play, The Hotel Play, 2nd Violin

And recently, an off-Broadway show was created by Barefoot Theatre Company entitled "The Middle-East (in pieces)", comprising of A Mother's Love, Security, Beirut Rocks, and What Strong Fences Make