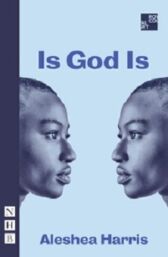 WINNER of The Obie Award for Playwrighting 2017

WINNER of The Relentless Award 2016

When a letter arrives from the mother they thought was dead, twenty-one-year-old twins Racine and Anaia travel from the Dirty South to the California desert, to a yellow house with teal shutters

They're on a mission to avenge her past, and they're ready to take down anyone who stands in their way

A revenge tale about two women seeking justice and taking control of their own narratives, Is God Is collides the ancient and the modern, the tragic and the Spaghetti Western, hip-hop and Afropunk