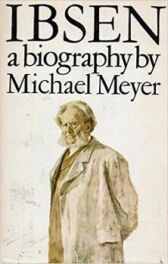 Henrik Ibsen has been called the most important dramatist since Shakespeare

His plays, sixteen of which are still regularly performed in America and Europe, burst like a bombshell on the 19th century theatre

Michael Meyer, whose translations of Ibsen's plays have been called definitive, reevaluates the man and his work