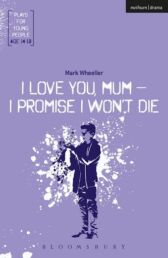 Large Mixed Cast
"I'd had a conversation specifically with Dan about ecstasy. It's one of the things you do as a parent, isn't it? Wear your helmet when you're out on your bike, you know, don't take drugs. To be honest, I was more worried about him being safe on his bike than at a party with his friends"

In January 2014, Daniel's parents thought he was going to a friend's house

I Love You, Mum - I Promise I Won't Die was commissioned by the charity set up in Daniel's memory to raise awareness about the danger of party drugs

It is a fast-paced, tragic, vibrant piece of verbatim theatre, which should engage teenage readers, audiences and performers alike