How to Win Against History 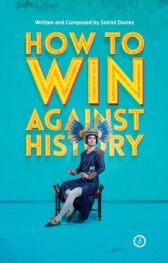 A fierce and fabulous costume drama musical about Henry Cyril Paget, the 5th Marquis of Anglesey

Born in 1875, he was poised to inherit the Empire

Instead he burned brightly

To which nobody came

When he died, his family burnt every record of his life they could find

And carried on as though he'd never existed

This is an hilarious, riches-to-rags musical extravaganza about being too weird for the world

And desperately not wanting it to forget you

The critics adored it ...

"Gleeful, ludicrous a larky collision of Gilbert & Sullivan and Monty Python" ~ Time Out ★★★★★

THIS IS THE SCRIPT/LIBRETTO - for the SCORE
click here