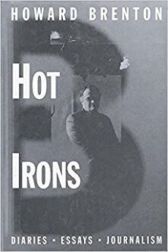 This volume of essays and diaries, however, reveals a much more complex, humane and thoughtful person than the headlines and snap judgments would allow

Topics include the resignation of Margaret Thatcher and the legacy of Bertolt Brecht, the 'unbearable heaviness' of being English and thoughts on the avant-garde in Paris and Amsterdam, amongst much else

The second part consists of four diaries, all previously unpublished

They centre on research trips to Far North Queensland and to Moscow and the Ukraine, on rehearsals for Berlin Bertie, and on a country-wide tour of solo readings of The Romans in Britain which he undertook himself to raise funds to fight its prosecution

All very different, the diaries are a revelation both of the man and the worlds he describes

The book as a whole is stimulating from start to finish

It will blow many a smouldering ember back into a flame ...

Copy signed by the author