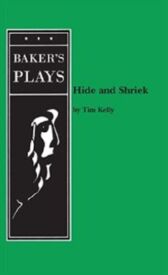 June Hunger for is being hounded by Edwina Hyde, a dangerous young woman who is convinced June has stolen the man she loves

Desperate, June heads for the hills, where she encounters a bizarre hillbilly family

They take her in because she looks exactly like Daisy Belle, a relative who has disappeared

Then there's the matter of sixty thousand dollars hidden somewhere

Watch what happens when two Daisy Belles and Edwina meet!

And where did Daisy Belle hide that sixty thousand dollars?