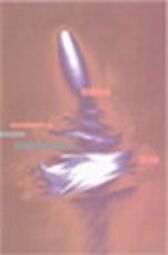 'You say you're a lion, but your great-grandmother, three generations ago, she was a deer-someone told us-and that makes you a deer; And that's your hidden fire. So we've got to put you out'

Five powerful, hard hitting monologues in which the playwright tackles head-on issues of violence, intolerance of others, narrow concepts of community and nation, each with a twist that lifts it into the realm of real drama

A man confesses that he has 'stamped out' countless 'hidden fires'-human lives that are less than human to him, merely faceless threats to his own security-and then finds himself on the receiving end of the same ruthless treatment

A young woman anchoring a television programme called Know the Truth; smiles her way dismissively through a stream of panic-stricken phonecalls from viewers reporting violence in their neighourhoods, refusing to admit that the Government can be wrong in its insistence that the situation is under control

Famous Last Words is a game show with a sinister edge, in which the young host plays games with real lives

And, finally, in Invocation, the names of ordinary people are used to create a memorial to all those killed by violence through no fault of their own, innocent victims whose names, sometimes, have been the sole cause of their death

Award-winning play-wright Manjula Padmanabhan, in her attempt to come to grips with the violence of these times, excels in this suite of short one-handers which leaves the viewer both shaken and thoughtful

Manjula Padmanabhan is a playwright, writer, illustrator and cartoonist living in New Delhi. She has been widely published. Her play Harvest was awarded the Onassis International Cultural Competition Prize for Theatrical Plays in 1997