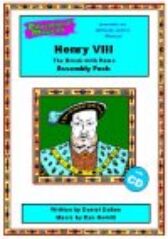 Unfortunately for him, he can't do this without first getting a divorce, something he can only do with the blessing of Rome

A Reduced Art Pack - containing instructions as to how to design and construct the scenery, make the costumes and recreate the props

I Need a Son