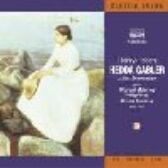 Hedda Gabler, daughter of a deceased general, marries dull George Tesman and foresees a life of middleclass tedium stretching ahead when they return from a honeymoon they could not afford to a house they cannot afford

Increasingly, she is drawn into the clutches of her admirer, Judge Brack, who seeks to establish a menage a trois