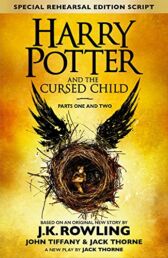 This is the HARDBACK EDITION

For the PAPERBACK EDITION