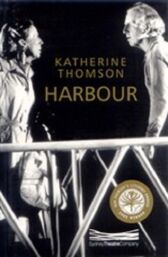 On the Wednesday before Easter, 1998, one of the most dramatic events in recent Australian history took place

Sandy, a retired wharfie, comes home after six years' absence to find his family divided. His kids have moved on and up. They're on opposite sides of the political divide. The world has changed, and it seems he no longer has a place in it

But he's a battler, with a burning desire to unite his family and set the past to rights

The play is introduced by Jennie George MP, former president of the ACTU and is also the winner of the NSW Premier's Literary Award for Drama