Grinning at the Edge - A Biography of Alan Ayckbourn 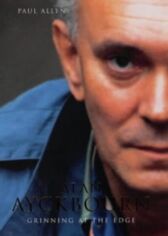 The first full and authorised biography of Britain's most popular playwright

It follows his early years as an actor, producer and struggling writer straight through to his great West End comedy successes in the 1970s and 1980s and on to his more gripping, and 'serious' plays of the 1990s

Following his unsettled childhood, his marriages and working relationship with actors such as Felicity Kendall, Richard Briers, Penelope Keith and Michael Gambon, this biography looks at his private life while asking what has made him such a successful writer, director and producer

"Paul Allen has come up with a wise, well-informed book that not only persuades us of Ayckbourn's genius but also helps to explain this complex, driven man" ~ Michael Billington, Country Life