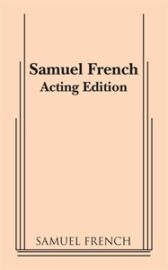 They are among the upstanding citizens of Tuna Texas' third smallest town in this hilarious send up of small town mores, and they are all played by two actors!

In this Off Broadway hit two actors create the entire population of Tuna in a tour de farce of quick change artistry, both of costumes and of comic characterizations

There are twenty wild characters in this show and you may wish to use up to that many actors, but that isn't nearly as much fun

"The audience ... all but exploded the theatre with laughter" ~ N.Y. Post