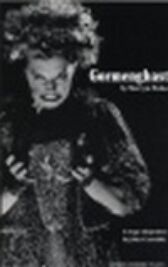 In a world bound by iron laws and dead rituals, two young men are struggling to make their way -

Steerpike, the renegade kitchen-boy who seduces and murders his way up the social ladder

And Titus Groan, heir to Gormenghast, who comes to threaten its very existence

Commissioned and produced by the David Glass Ensemble, this gruesome, gothic drama has since become a landmark in the history of adaptation for the stage