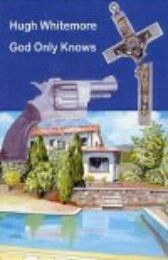 Contentedly full of good Italian food and drowsy with wine, four English holidaymakers are relaxing on the terrace of a villa In Tuscany. Suddenly, out of the evening shadows, there appears a fugitive - a man who claims to possess long-hidden knowledge that is both momentous and dangerous - an enigma involving the Vatican's Secret Archives, an Italian dealer in antiquities, and a Jewish preacher known as Yeshua ben Pantera

And the answer to this riddle? God only knows...

"Hugh Whitemore has written a brilliant political-spiritual-philosophical-Shavian thriller ... This is a terrific play, tense, tough, sinewy, intelligent and a real boost for the West End" ~ John Peter, Sunday Times

"...The West End usually shirks anything resembling serious debate, so this old-fashioned, unsexy play ... will be greeted by some as a blessed relief. In essence, God Only Knows wraps conflicting views about the divinity of Christ and the need for faith in the accoutrements of a suspenseful potboiler" ~ The Daily Telegraph

"...the quality of the argument keeps us hooked ... Catholics will feel picked on and atheists will welcome Whitemore as an eloquent pleader" ~ Robert Gore-Langton, Express

"...it kept me gripped throughout, possibly because after a somewhat futile spiritual quest over the past 18 months, I'm coming round to the play's rationalist view of life ...The show can only be described as a religious thriller ... Hokum perhaps, but enjoyable, stimulating hokum ... the debate is both lucid and urgent, and the twist at the end is in vintage thriller tradition" ~ Charles Spencer, Daily Telegraph

"[God Only Knows is] a traditionally well-made play. I don't think Mr Whitemore is capable of writing anything else ... if you are looking for a play that is both entertaining and thought-provoking, look no further" ~ Michael Darvell, What's On