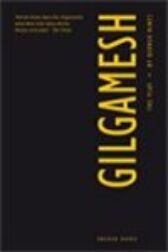 Gilgamesh is one of the most powerful men in Iraq - a king, a demi-God and a fearsome tyrant, he thrives on the shame and suffering of his subjects, robbing them of their innocence to fuel his lust

But when the Gods turn against him, an almighty battle of will ensues, and a defiant Gilgamesh is forced to learn love, friendship, empathy and, in the end, mortality

Gilgamesh is the world's first known epic and in this electrifying stage adaptation, Derrek Hines has turned his highly acclaimed version of this ancient tale into a cutting-edge, 21st-century drama