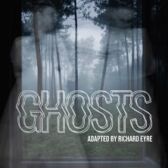 She’s about to dedicate an orphanage she has built in his memory, and she reveals to a previous admirer, Pastor Manders, that her marriage was a miserable one

Manders had advised her to return to her husband despite his philandering, and she followed that advice in the belief that her love for her husband would eventually reform him

Now Helene is determined to escape the ghosts of her past by telling her son, Oswald, the truth about his father

But on his return from his life as a painter in France, Oswald has his own secrets to share

As the truth spirals out, Helene and her son must confront the harsh realities of their past, and what it will mean for their future