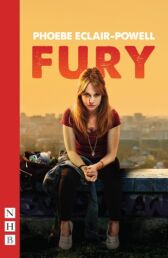 This chilling and powerful modern Medea about motherhood and class, takes an unapologetic look at the single young mum - the one already judged before she's even opened her mouth

Sam makes her mistakes, but who can blame her?

Tom rents the flat above

The one Sam cleans

But now someone needs to make a decision

Thrilling, electrifying theatre from a name to watch