From Acting to Performance - Essays in Modernism and Postmodernism 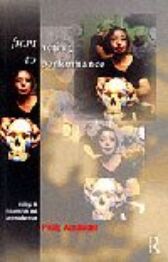 Spanning over a decade, the essays survey the changes in acting and performance that occurred during the transition from the ecstatic theatre of the Vietnam era to the postmodern irony of the 1980s

Starting with the modern acting theories that inspired theatrical experimentalists of the 1960s such as Jerzy Grotowski and Jacques Copeau and ranging to 1990s performance artists and stand-up comics such as Kate Bornstein and Roseanne Barr From Acting to Performance provides critical analyses of modernist acting theories. Auslander argues that traditional theatre and contemporary performance studies are united by shared concerns and critical approaches