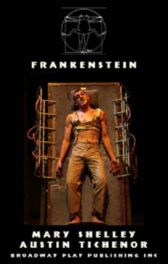 Large Mixed Cast
"Through well-fought debate and action, I wanted to combine the intellectual satisfaction of Shelley's novel with the fun and thrills of a really scary horror story. In other words (to use a little Hollywood pitch-speak), it's George Bernard Shaw meets Stephen King"~ Austin Tichenor

The first stage adaptation was written in 1823, and since then countless film versions, parodies, and modern interpretations have changed the associations we have with the Frankenstein name

This adaptation attempts to be faithful to Shelley's original themes, characters, mood, and literary sensibility while at the same time giving an audience a little bit more of what it expects from something called "Frankenstein"