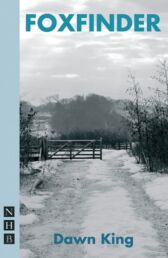 A darkly comic exploration of belief, desire and responsibility, set in a world both strange and familiar

And to remain free from its influence himself

As his investigations proceed, the events that follow change the course of all their lives

"Excitingly unusual ... This is a bold and often brilliant stab at something new" ~The Times