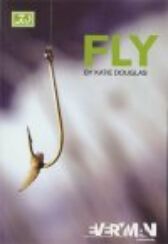 Set in a small town on the West Coast of Scotland, this tells the story of three twenty-somethings whose lives have reached a crossroad - a moment when everything could change forever

Sammy has returned home to the small town he grew up in to find that little has changed in the years he's been away. His sister Louise has married his best friend Frank, but in Sammy's absence their marriage has spiralled into a cycle of resentment, accusation and recriminations

Frank was and still is a bully whose inability to articulate leads to frustration and violent anger and he takes his solace from the bookies, the drinking and from fishing on the riverbank he dearly loves

But Frank's got a secret, which Sammy stumbles upon and he's forced to decide whether to tell Louise, as it's a secret that will undoubtedly change all of their lives