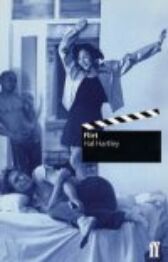 Flirt is a simple story of love and loss told three times in three different cities. The first story is set in New York. The subsequent two - set in Berlin and Tokyo - seemingly use the same situations and dialogue, but by subtle shifts of emphasis the film evolves from the turbulence of America to the benign calm of Japan

The crisis in each story is precipitated by the indecisiveness of the main character; his or her need for reassurance that their love will hold steadfast - that there is a future for their love - leads them to flirt with disaster