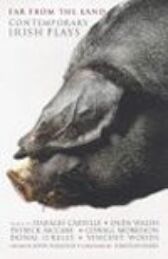 A startling collection of plays by playwrights working in the north and south of Ireland, all of which have been groundbreaking events in contemporary Irish theatre

At The Black Pig's Dyke by Vincent Woods depicts a group of mummers in the borderland between North and South, blending their rituals of death with the all-too-modern assassins going about their awful task

In Disco Pigs by Enda Walsh, two friends bonded in their fantasies and shared baby-talk face into Cork city on their seventeenth birthday

Bat The Father, Rabbit The Son by Donal O'Kelly is a powerful personal story about the reversal of a father-son relationship where the son is envious of the father's unambitious expressiveness