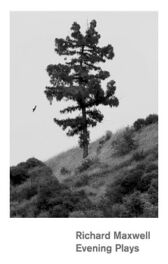 Samara is a mythic tale of redemption that follows a messenger through a bleak frontier in his quest to collect a debt, though the human cost of the journey may be more than he bargained for