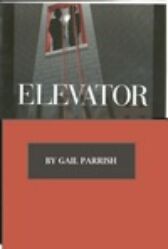 An elevator breaks down in a downtown office building

Trapped inside are two men on their way to work ...

The tragedy was avoidable but who should take the blame for what happened?

Tensions mount as accusations are hurled and both men struggle to defend themselves, their viewpoints and their choices

Winner of the Daimler-Chrysler Dreambuilder award, Elevator examines the role that race and class play in determining a person's success in the world

It also raises questions about society's traditional definition of "success"

Elevator has an intimacy that rarely goes with racial debates

Far too often we discuss our differences in magazines, town meetings and courtrooms, but rarely in its most effective place - a heartfelt exchange