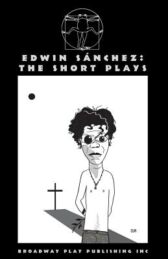 This collection includes 15 short plays, each running about 10 minutes ...

Bea does not want her beloved, May, to marry Jerry, but Jerry's rich, and May has a plan

Lou's ex, Celeste, shows up at his wedding

Three people sit in a waiting room waiting for the bell to go ding!

Danny's rough trade, Jimmy, might be more than he bargained for

Jody has made a terrible mistake, and Jody's mother is paying for it

Lili Marlene knows what's wrong with this country, the lack of glamour

Tomas's father was a busboy at Windows on the World

Robin is not speaking to Sandy, and it's driving Robin crazy

Sandy's not speaking to Robin, and Robin makes a meal out of it

Ernest can't wipe the smile off his face

A group of actors rediscover hope in their chosen profession

This substitute teacher has had enough, and he's going to make sure his students think twice about ever bullying anyone again