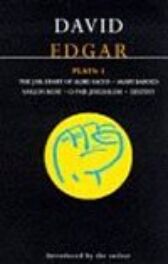 Saigon Rose tackles venereal disease and is "intriguing and entertaining...Edgar handles his themes - loss of innocence and a sense of betrayal - in a bitty, playful style laced with black comedy" - Independent

"A play which astonished me with its intelligence, density, sympathy and finely controlled anger." - Dennis Potter, Sunday Times