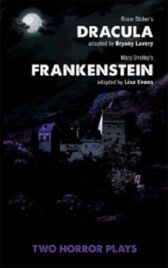 This is the modern world - its inhabitants can go anywhere, even Transylvania

They can communicate globally in the blink of an eye

And Dracula is still Undead

He can walk through walls and arrive on a moonbeam but in this modern world he prefers emails, smartphones, webcams and the worldwide web

Mary is imprisoned in a present-day psychiatric hospital, convicted of murdering her baby daughter

During her incarceration she becomes obsessed with Mary Shelley's famous novel

Fired by her imagination, the novel comes to life and we are left to question just who the monster really is