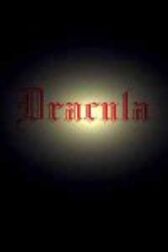 A new adaptation of the most chilling story of all time. True to Stoker's original novel, Dracula is a fast-moving multi-layered masterpiece of fear

As a sudden and mysterious storm whips the coast of England, a young woman sleepwalks along the edge of a cliff. In the teeth of the gale, a ship crashes through the harbour entrance, abandoned except for an immense dog and fifty boxes of grave dust

The Transylvanian Count Dracula has arrived in England. Immortal only as long as he is able to drink the blood of the living, he pursues his victims with brutally devastating effect

From the remote wilderness of Yorkshire to a vast ruined castle near to London whose windows omit no light, the race to end Dracula's lustful power is underway, if only there is still time . . .

From the co-authors of Shakers, a tale that will make audience's hair stand on end in sheer terror and excitement