Don't Blame it on the Boots 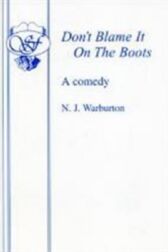 Liz insists that the Ghost wear the boots

On the last night the boots are worn but not, as everyone thinks, by Eric

He is trapped in his dressing room

So who gave such an impressive performance as the Ghost?