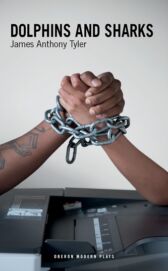 A searing new comedy about clocking in, clocking out and rising up

Yusuf needs a break his philosophy degree from NYU isn't opening any doors, but his new job would help him pay his overdue rent

And Isabel needs her job to put three kids through school, but despite everything still manages to keep her sense of humour

All three are employees of Harlem Office, New York, a neighbourhood copy shop where promotions are rare

And raises even rarer

And where racism is often on display

When one staff member is given the chance to move up to manager, friendships are tested and loyalty turns out to be less valuable than cold hard cash

"A smart, well-acted and well-written piece of theatre on power and race relations in America" ~ Everything Theatre ★★★★★