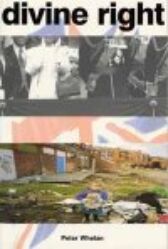 When the heir to the throne renounces his rightful succession, his 18 year old son must now determine his own future role with the monarchy looking increasingly out of place in a tarnished Britain

With the help of his brother, the young prince slips away from his minders and secretly travels the country, searching for clues to help his dilemma

Meanwhile, the Republican movement in Parliament is rapidly growing...