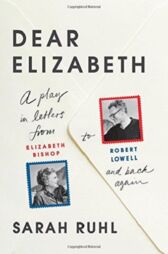 A moving, innovative play based on one of the greatest correspondences in literary history

From 1947 to 1977, Robert Lowell and Elizabeth Bishop exchanged more than four hundred letters

Describing the writing of their poems, their travel and daily illnesses, the pyrotechnics of their romantic relationships, and the profound affection they had for each other, these missives are the most intimate record available of both poets

And one of the greatest correspondences in American literature

Playwright Sarah Ruhl fell in love with these letters and set herself an unusual challenge: to turn this thirty-year exchange into a stage play, bringing to life the friendship of two writers who were rarely even in the same country

As innovative as it is moving, Dear Elizabeth gives voice to a conversation that lived mostly in writing, illuminating some of the finest poems of the twentieth century and the minds that produced them