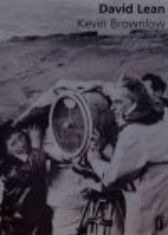 The life and its biographer provide a landmark work on the cinema. Emerging from a childhood of nearly Dickensian darkness, David Lean found his great success as a director of the appropriately titled Great Expectations

There followed his legendary black-and-white films of the 1940s and his four-film movie collaboration with Noel Coward. Lean's 1955 film Summertime took him from England to the world of international moviemaking and the stunning series of spectacular color epics that would gain for his work twenty-seven Academy Awards and fifty-six Academy Award nominations

All are classics, including The Bridge on the River Kwai, Lawrence of Arabia, Doctor Zhivago, and A Passage to India. Kevin Brownlow, a film editor in his own right and author of the seminal silent film trilogy initiated with The Parade's Gone By..., brings to Lean's biography an exhaustive knowledge of the art and the industry

One learns about the making of movies as realized by a master, but also of the highly personal costs of genius. The troubled Quaker family from which Lean came influenced his relationship with his son, his brother, and his six wives. Yet he showed in his work a deep understanding of humanity

The vastness of this scholarly and entertaining enterprise is augmented by sixteen pages of scenes from Lean's color films, thirty-two pages from his black-and-white movies, and throughout the text a vast number of photographs from his life and location work