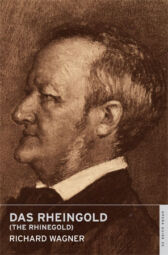 Das Rheingold, the opening of Wagner's four-part The Ring of the Nibelung, stands out as more genteel and picturesque than the others

But it immediately establishes the huge scale of the overall work, and the extraordinary musical language that will be displayed throughout

It is a miracle of musical history that Wagner's 1850 conception could be brought to completion, in an organic whole, some 25 years later