Damage - A Collection of Plays 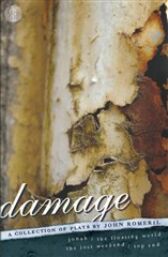 Romeril's writing conveys the immediacy of the times that stems from his beginnings as an agitprop writer, but he focuses on everyday lives

The plays in Damage explore the twentieth century stresses and strains, the damage we do and the damage done to us.