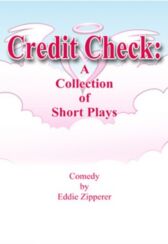 Weight of the World

Drew is uncomfortable having to go to his unstable ex-girlfriend's house to retrieve his iPod, and he realizes he was right to be afraid when an anthrax scare causes the two to be trapped in quarantine together

Heroes of Literature and the Caveman

In hopes of impressing Joanne, Barry, a literary snob, throws a party where everyone must be in character as a character from literature

While a married couple checks out real estate in the afterlife, they argue over whether or not death is the right time to part

Each of the plays runs about 10 minutes