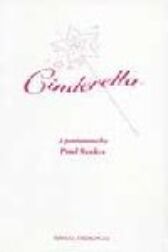 Large Mixed Cast
The popular fairy tale of Cinderella has been brought to new, magical life ...

While poor Cinderella is being forced to carry out the every wish of her cruel stepmother and ugly stepsisters, Prince Charming has long left to travel the world and Pantomania is now governed by the selfish Duke of Verruca

When the Prince returns, the Duke refuses to relinquish power and a right royal battle ensues!

Luckily, faithful Buttons and his friend Kathy are trying everything they can to sort out the confusion, while Cinderella's Fairy Godmother is working wonders to bring Cinderella together with her true love

The Choice of music is left to the individual director